1. View angle
LED display screen’s view angles depends on the view angles of its LED lamps. Basically, outdoor LED display screen with DIP has 110/55 degrees horizontally and vertically. The indoor LED display screen with SMD has 140/140 degrees. Generally using 30 ° angle of the circular LED is enough on the highway because of its special display. Some screens on the tall buildings require higher on the vertical viewing angle. Angle and brightness are contradictory. Large angle will inevitably reduce the brightness. The choice of viewing angle needs to be decided according to the specific requirement. 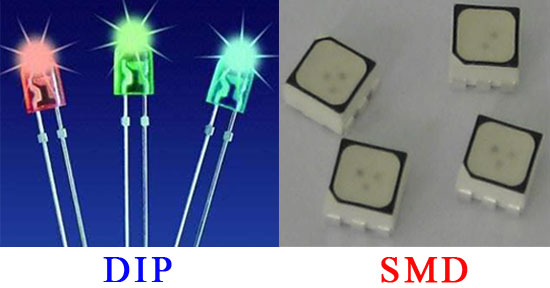 As full-color LED display by the tens of thousands or even hundreds of thousands of red, green and blue LED composed of three kinds of pixels, the failure of any color LED will affect the overall visual display. In general, according to industry experience in the LED display assembly to the aging 72 hours before shipment failure rate should not be higher than three thousandths (refers to the LED lamp beads cause failure).

LED is a semiconductor device, sensitive to static electricity, can easily lead to static failure, so the ability of anti-static display life is essential. In general, LED human body electrostatic mode test failure voltage should not be less than 2000V.

LED device size affects the LED display pixel distance. The pixel pitch-3mm oval lamp is mainly used for P12.5, P12, P10 outdoor display. And 3528 SMD LED is mainly used for the P5, P6, P7.62, P8 and P10 ndoor displays. SMD 2020 LED is mainly used for P2, P3 and other indoor displays.  In the premise of constant pitch, when LED device size increases, it can increase the display area and reduce the grainy, but because of the black area is reduced, it will reduce the contrast; the LED size decreases, reducing the display area, increased grainy , Black area increases, increasing the contrast.

As the LED has angle, so full-color LED display also has an angle of direction, that is, at different angles when viewing, its brightness is increasing or decreasing. In this way, the red, green and blue LED color angle consistency will seriously affect the consistency of different angles of white balance, a direct impact on the display screen video color fidelity. To achieve the red, green and blue LED at different angles when the consistency of the brightness changes in the matching lens design, the choice of raw materials strictly on the scientific design, depending on the level of packaging technology vendors. The normal direction of the white balance even the best display, if the angle of the LED consistency is not good, the whole screen at different angles of the white balance effect will be bad. LED lamp angle characteristics of the angle can be integrated angle tester LED measured, for the high-end display is particularly important.